Improve your health with breath

October 26, 2017
Breath. Such a simple thing. It’s essential to life, but yet how often do we think about it? It ebbs and flows throughout our days and we barely give it a second thought. September is Healthy Lung Month and we’re going to look at some ways our breath improves our health - including some techniques you can utilize today.

Deep breathing can reduce anxiety
Implementing a deep breathing technique when anxiety strikes can make the difference between a full on attack and an unwelcome blip in your day. Deep breathing lowers your heart rate, improves circulation and promotes clearer thinking.

You can use your breath to calm down
Let’s face it, when tempers flair it seems almost impossible to think about anything other than the current situation that set you off. Practicing simple breathing techniques can encourage calmness and help reverse the physical symptoms of anger.

Take breathing even deeper with pranayama
Pranayama is the practice of using the breath to soothe an active mind. If practiced right, pranayama can bring harmony between mind, body and spirit. It boosts your ability to be mentally and spiritually strong. There are very specific breathwork techniques that are outside the scope of this article, but we recommend reading up and finding a good teacher.

Use with meditation
Breathwork can be a fantastic addition to your mindfulness or meditation practice. It can allow us to open our hearts and our minds. It has been said that it can move stuck energy as well.

Much like massage , there is no doubt that breathing can encourage relaxation and healthy habits. It keeps the body/mind functioning and curbs stress. Your muscles naturally relax and you can go about your day a little easier.

Breathing may seem insignificant. It happens naturally, so we may not think about breathing all that much, but maybe it’s time we should.

Visit www.temassagetherapy.com to schedule a massage. 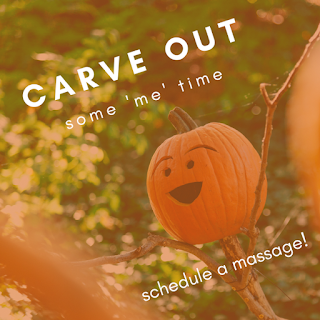 Popular posts from this blog

March 02, 2020
LeBron James regularly sees a massage therapist to improve the jump in his jump shot. Soccer star Megan Rapinoe counts massage therapy as a crucial part of her all-too-necessary recovery regimen to allow her muscles time to heal after a hard day of training or a tough game. And remember those round red marks on Michael Phelps ? Professional athletes often work with massage therapists before, during and after training and competition. While you may not get a paycheck for completing your favorite workout or playing on a rec league team regular massage therapy can benefit your training and well being. While Training It’s normal for new aches and pains to pop up when you start a new activity. More aches may present themselves as you work to increase your endurance and strength. Regular massage can help you stay ahead of any issues that could slow down your training. Massage therapy keeps you in touch with how your body feels so you can adjust your training as needed and stay
Read more

September 08, 2014
Did you know that September 14th is National Hug Your Hound Day ? It is.  And while I am all for a day dedicated to the greatness of dogs, the truth is these companion animals are so good to us, and good for us, I think that they really deserve to be celebrated every day. Archaeological and genetic evidence indicate that our canine companions evolved from wolves .  Over tens of thousands of years, the individuals best suited to living amongst us – those who had a taste for our food scraps, who were not too afraid approach us, and who were best able to trigger our affection – selectively passed on their genes, thereby strengthening those traits.  Later, once dog-human companionship was established, humans took active control over their breeding to develop traits that made dogs even more sociable.  Other dogs were bred to help us herd animals, or to hunt.  Humans and dogs became interdependent. Dogs – and the wolves they descended from – are profoundly social animals.  To survive
Read more

Common Myths About Back Pain 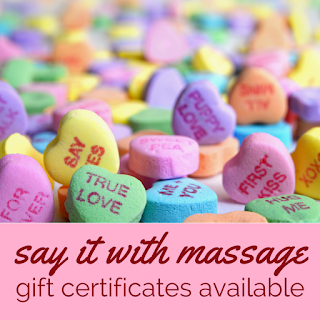 There are dozens upon dozens of myths out there about what leads to back pain, what you should do to prevent back pain, and what kinds of treatments may solve your back pain troubles. Today, I am here to tell you that you should think again about what may be causing your aches and pains and urge you to think twice about your course of treatment. My goal as a massage therapist is to help relieve your pain. But what if many of the commonly suggested treatment solutions are ineffective at best? Throw out everything you know about back pain, and let’s take a look at some of these claims to see whether or not they stand up to science. Have You Made Any of These Frequent Misconceptions About Posture and Pain? You probably have heard that poor posture causes back pain. In fact, it’s likely that you heard it frequently from your parents when you were growing up as they were encouraging you to stand up straight. And chances are you’ll find lots of experts claiming this to be tr
Read more